Life’s too short to be routine. The humdrum of every day life can make us stagnant and just kinda blah. It can make us wish for something more, something bigger, more unique and more persuasive. We can spend our life wandering and wanting.

I ask you what joy comes to you when you get that for which you so desperately desire? What does it look like for you? Roughly about how long will it last? Not what you have received but how it makes you feel. Dig deep for your response and be honest.

Lord knows those things I wished to happen. I would hope so because I was and am constantly remarking on such things. As a matter of fact I still eagerly share with anyone in earshot. The more I vocalize the more chances it will happen?

Anywho. Through my years on earth I have sought out many of my dreams. And they were big. I had hopes of flying, fast. I had hopes of flying super sonic speeds, pulling G’s that would make most pass out. And after, I planned on flying the space shuttle. The Moon, Mars, and further. There would be no glass ceiling when I was finished. Yep, big dreams. 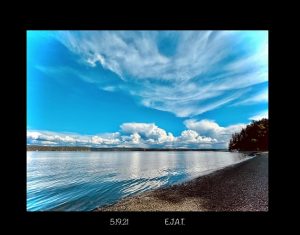 But, nothing like that happened to me. Not that nothing big happened, but nothing I dreamed of and worked so hard to achieve. Instead life happened, the ugly stuff, the stuff that people don’t feel comfortable talking about. The stuff that families hide from the outside or whisper during family get togethers.

Mental illness is what happened.
I went from college bound to confined to a hospital. I went from a promising start to multiple medications, doctors, therapies and down right hopelessness. I went from my dream of flying high and fast to crawling through my nightmares. I went from feeling like I belonged to feeling like an outcast. Did I mentioned that it royally sucked? Cause if I didn’t, it did and does.

All of my hopes and dreams chased away by madness and what remained was an altered version of reality. Spite, that’s what I lived off of, anger too. What happened to me was unfair, it was just cruel. I had not even lived my life and it was taken away, the dreams at least. But oddly enough, an altered version of reality created its own path to my dreams being realized.

So, I simply let go. I stopped needing to be who I planned on being, I stopped using my old standards for measuring success, and I stopped listening to those outside of my life who knew nothing of who I was or who I could become.

It wasn’t ignorance I was practicing but rather blissful denial of what I had thought my life, my dreams, and my happiness was supposed to look like. I chose instead to see what could be, who I could become if I was open to what I had once thought impossible.

Let me tell you what I became. I am an advocate for people like me. And this path has led to meeting people who accepted me with or without my illness because it’s not what they see in me. Those people I have managed to encircle me are nothing but incredibly amazing people. But honestly those things that have happened, all of them, were due to me seeing the real me, acceptance of myself, and surrendering to simplicity.

I no longer depend on my once big dreams for happiness. Instead I find that same happiness in the everyday tiny moments where things are good. When I see a beautiful sunrise, a child laughing, the wagging of a dog’s tail, a wayward adult smiling, a song that fills my soul, in the company of good friends, if for just a single moment. They all add up to a joy infinitely larger than all of my big dreams combined because the joy is perpetual.

So, my simplistic advice: be grateful for the everyday blessings, find humor when things aren’t as one had hoped, learn one thing new a day, and commit to one act of random kindness to a stranger because you might just give them the gift of being grateful. And being grateful is the first step to true happiness.

Posted in Blog Post and tagged E.T. Aka Annie