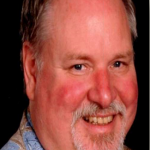 Destiny was born in 1988 with a developmental disability. Through the efforts of her mother she had a normal childhood and developed good literacy skills in addition to becoming an accomplished artistic savant. She graduated from Gig Harbor High School in 2006.

Destiny suffered a setback in her early 20s while attending trade school when she developed schizophrenia in addition to her developmental disability. In time, she recovered. But the combination of conditions left her with cognitive issues, difficulty communicating and a tendency to socially isolate. She depended on her mother for almost everything.

In 2015, Destiny’s mother died of breast cancer. Having nowhere else to go, she moved in with her Uncle Bill.

Bill spent several fruitless years trying to arrange housing for Destiny. She didn’t qualify for Washington State services for the developmentally disabled because her IQ was three points too high. Her mental illness left her a poor candidate for living independently and alone.

Another challenge was the escalating cost of housing. Group homes are expensive and completely unnecessary for higher functioning people like Destiny. Public low-income housing has limited availability with a waiting list of up to seven years. Rent for studio and one-bedroom apartments have become unaffordable with many are located in dangerous neighborhoods.

In 2017, Bill developed Community Housing Solutions (CHS) with the goal of providing low cost cooperative housing for individuals with disabilities who required little in the way of care or supervision but need a social, supportive environment that comes with living with roommates.

In February of 2018, Destiny moved into a home with three other disabled young women who are also independent and need low cost housing and socially supportive environment. Since then, Destiny has made near-miraculous advances in her daily living skills. Her family simply didn’t know how capable she would eventually become.

Destiny now has a debit card and manages her own purchases, she independently shops for groceries and has begun to cook and prepare her own meals. Destiny now takes city buses by herself and uses a smart phone to track her schedule and communicate with family.  She is volunteering in her community at a church and food bank and is being evaluated for job placement.

Thanks to housing through CHS, Destiny is fully engaged in life. She is proud of her newly developed independence and she wakes up every morning looking forward to what the new day will bring.

Your tax-deductible contribution to CHS will allow creation of homes for people like Destiny. It will bring a long-term, affordable housing solution for people with disabilities. It will create a hedge against homelessness for people with mental illness. And it will provide an environment where these individuals can not only survive, but thrive.