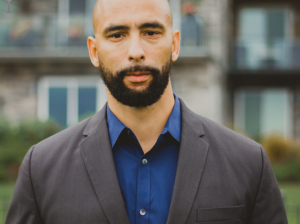 Demetrious grew up in the NW and from as early as he can remember was involved in the “system” in one way or another. At the age of 28, Demetrious began working with at risk youth in a number of ways starting at Labateyah Youth Home -United Indians of All Tribes Foundation. Whether it was chemical dependency, mental health, criminal justice or homelessness,  Demetrious spent almost 15 years doing this work, supporting youth and helping them transition to stable lives..

Around late 2012, he started slowly making a transition from social work to Real Estate by becoming an onsite manager for apartments. After doing that for about 4 years, he obtained his real estate license and started practicing real estate. Demetrious is also the administrator of M.O.B-Minority owned Business on Facebook. A safe space for People of Color to network, support and elevate others in a positive way.

Since 2018, Demetrious has built his real estate business and raising his Family in Tacoma. He still does a good amount of volunteering in the community mentoring youth, instilling hope.